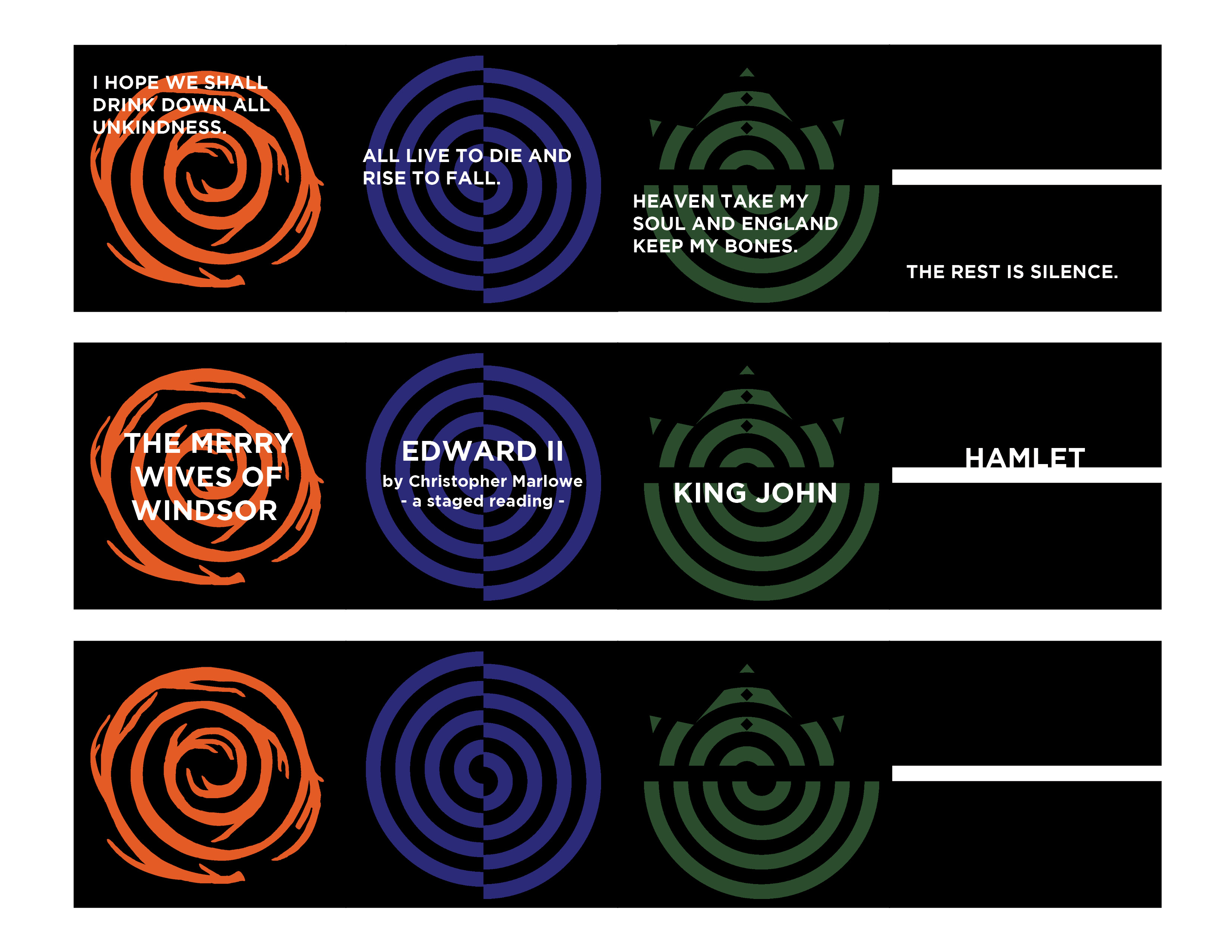 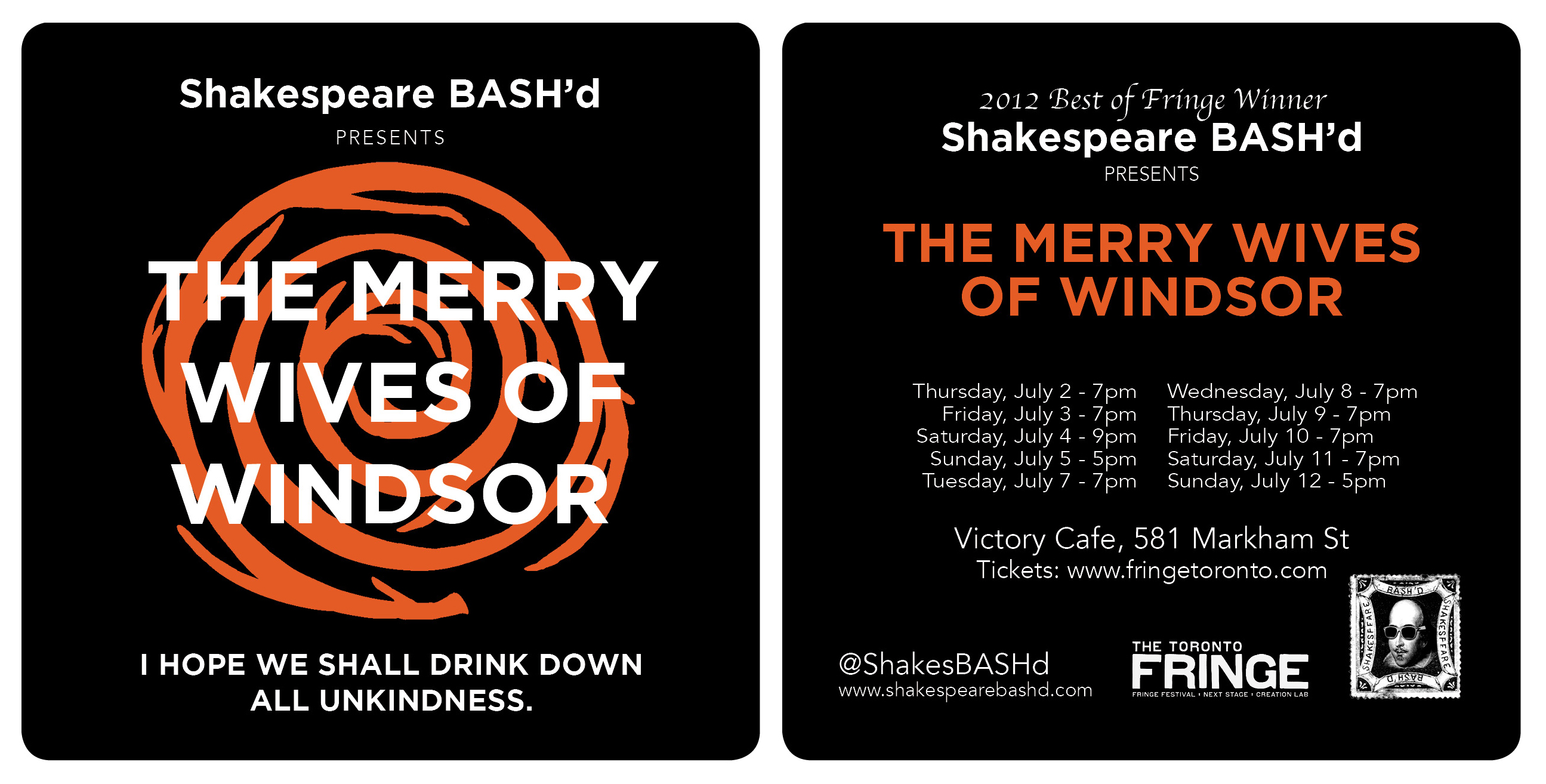 Shakespeare BASH’d is a young actor initiative in Toronto that seeks to present Shakespeare’s plays as they were written: with simple staging, clear and specific language with an emphasis on the words, synethesized with the modern.

BASHd was looking for icon designs for each of their four plays during their 2015/2016 season. The icons are inspired by the story/the spark notes James Wallis (the Artistic Director of Shakespeare BASHd) supplied me with. He had selected a quote from each play that should also influence the design.

They wanted posters to slap up all around Toronto to promote the season.

The banners were used as cover photos for their facebook page.